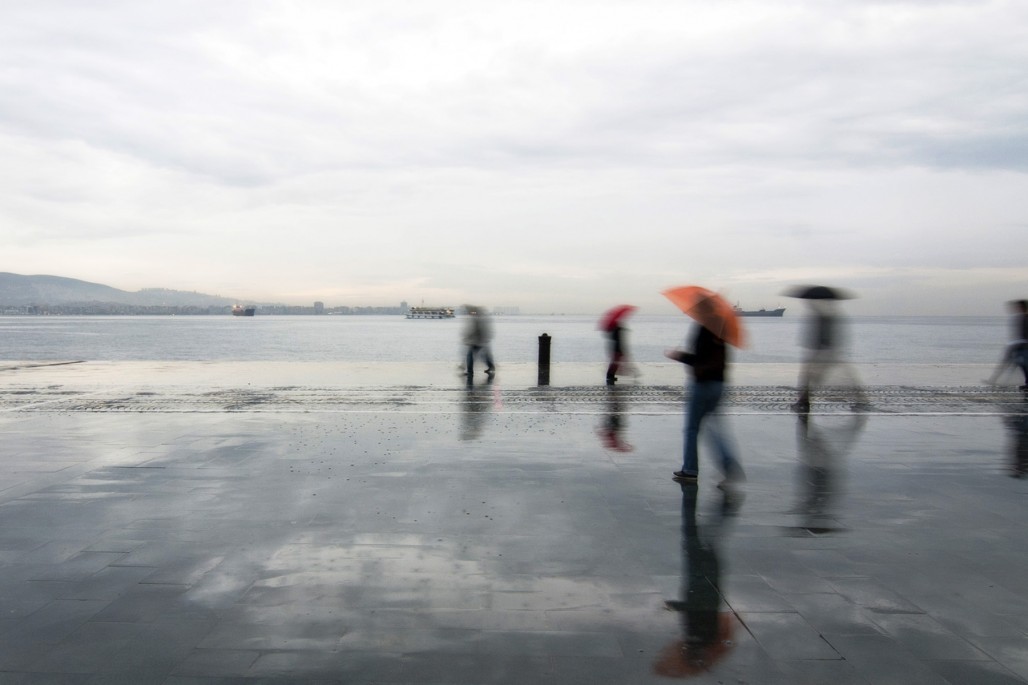 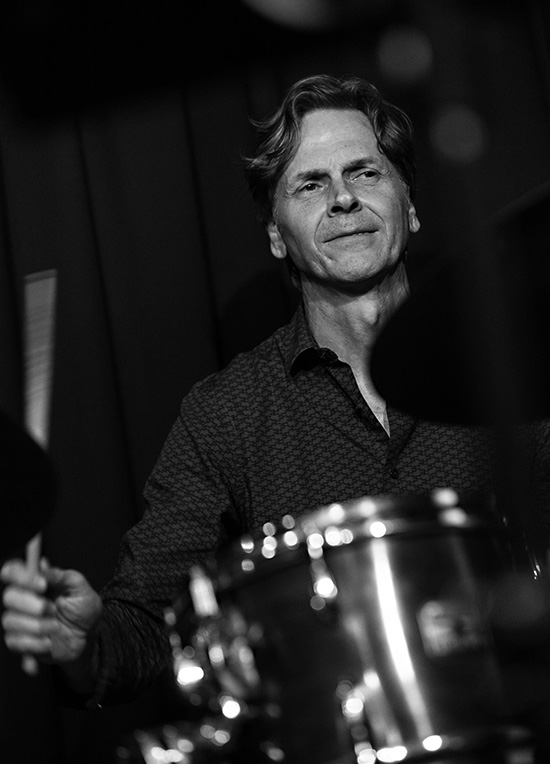 “One can hear many influences in Bishop’s playing, including more than a touch of Elvin, but he is clearly an original voice…”   – Percussive Notes

As a drummer, educator, record label owner, graphic designer, and festival presenter, John Bishop has been one of the primary voices in Northwest Jazz for over 35 years. He has performed in concerts and clubs with Lee Konitz, Slide Hampton, Benny Golson, George Cables, Kenny Werner, Bobby Hutcherson, Dr. Lonnie Smith, Sonny Fortune, Herb Ellis, Buddy DeFranco, Bobby McFerrin, Joe Locke, Jerry Bergonzi, Carla Bley, Steve Swallow, Larry Coryell, and countless others. He’s appeared on more than 100 albums, was inducted into the Seattle Jazz Hall of Fame in 2008, and was named a “Jazz Hero” by the Jazz Journalists Association in 2019.

“Great music without exception…a terrific organization and in my opinion, Bishop is one of the best cover designers in the world.”
Rudolf Radnai, Muszerordal, Budapest, Hungary

In 1997, Bishop started the jazz label Origin Records (named Jazzweek’s 2009 “Label Of The Year”) and OriginArts, a graphic design & CD production company, to help further the exposure of creative artists and their music. In partnership with his ex-drum student, Matt Jorgensen, they have released over 675 recordings by 330 artists from around the world. In 2002 they added another jazz label, OA2 Records, a classical imprint, Origin Classical in 2008, and in 2003 began Seattle’s annual 4-day Ballard Jazz Festival. Bishop has designed over 700 CD packages and multiple book covers, banners, posters, and other graphics for clients around the globe. He was on the NW chapter Board of Governors of the National Academy of Recording Arts & Sciences, and annually takes part in multiple music conferences & events, including JazzCongress (NYC), JazzWeek (San Jose), JazzAhead (Bremen), Jazz Education Network, and occasionally, NAMM, PASIC, MIDEM (Cannes), and the Grammys.

Along with bassist Jeff Johnson, Bishop is a member of New York pianist Hal Galper’s Trio where over the last 13 years, they’ve released 7 acclaimed albums and toured internationally. They also perform with Spanish pianist Chano Dominguez, appearing recently at the 60th Monterey Jazz Festival, and are members of the 20-year-old collective Scenes with guitarist John Stowell. Bishop has also toured Belgium and recorded 3 albums over the last decade with the Chad McCullough / Bram Weijters Group, a Belgian/American project.

Born in Seattle and raised in Germany, Washington, DC, San Antonio and Eugene, Bishop started playing drums at 7 in Washington, DC with the Patriots drum corp. He performed regularly throughout high school and college in Oregon, studying with Mel Brown and Charles Dowd and attending the University of Oregon, later transferring to the jazz program at North Texas State University. He moved to Seattle in 1981 for an extended engagement with the band Glider and never left. An unusually creative and fertile scene at the time, Seattle offered performances with top touring artists and the opportunity to create long and substantial musical relationships with inspired Northwest musicians.

In the early ’80s, he was a member of the fusion group Blue Sky, which released two Top 10 albums and performed extensively throughout the decade. For 20 years, he was with the piano trio New Stories along with pianist Marc Seales and bassist Doug Miller. They had 4 CDs of their own, 6 with be-bop saxophonist Don Lanphere, and a Grammy-nominated RCA release with Mark Murphy. They were regulars at Bud Shank’s Pt. Townsend Jazz Festival, headlined the 1993 JVC Jazz Festival in Vladivostok, Russia, and appeared in concerts with Tom Harrell, Julian Priester, Charles McPherson, Vincent Herring, Nick Brignola, Conte Condoli, Bobby Shew & Larry Coryell. They also appeared around the country as a trio or touring with Mark Murphy, Ernie Watts or Don Lanphere. Their tune “Highway Blues,” from Speakin’ Out, was embedded as a music sample in Windows XP, which went on to sell 700 million units. Their recording, Hope is in the Air: the Music of Elmo Hope, was produced by Don Sickler at Rudy Van Gelder’s studio in NJ, and spent several months on the charts.

“The New Stories trio is likewise nothing less than extraordinary. Drummer John Bishop, particularly, is one of the finest on the scene.”  – Jazz Review

Bishop has also toured internationally with Buddy Greco, the McGuire Sisters, and the Harry James Orchestra, and has performed with Bob Hope, Red Skelton, Bob Newhart, Rich Little, The Hi-Los, Frankie Avalon, the Drifters, the Coasters, the Platters, Pete Barbutti, the Seattle Symphony, and many others.

He has an understanding wife, 2 dogs & 2 cats, and drives Volvos exclusively…

For a more complete list of recording credits, visit the All Music Guide: https://www.allmusic.com/artist/john-bishop-mn0000810079/credits